Troop’s been letting his freak fly now that he can embed pics into his blog and riffed off of something I said at Althouse to post a picture of Dana Delaney as head of the newly minted Department of Discipline.

Now, I like Dana Delaney. I think Dana Delaney is delicious. I watched “China Beach” until I got tired of watching her sulk all the time. It took several seasons. Except for her performance in the otherwise flawless Tombstone, I have nothing bad to say about her.

But if we’re talking Irish lasses, Delaney had a co-star on that show, a young lady who had also appeared on “Hill Street Blues”, and whom I’ve always preferred. So, take this, Trooper York: 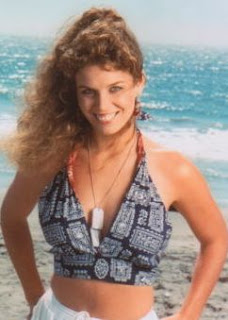 Megan Gallagher! She also had a chance to strut her soulful-stuff on the short-lived series Millennium. Someone needs to put these Irish women in things where they’re actually allowed to smile….